In June/July 2011 we plan to ride our bicycles from Land's End on the southwestern tip of Cornwall to John O'Groats on the northeastern tip of Scotland.  The British call this an 'End to End' or a 'LEJOG'. The map below shows the approx. 1850km course that we propose to take and the table below it shows more detail about the places we plan to pass through.

We fly out from Australia on 6 June and after spending 5 days in London, we'll take a train to Penzance and start our unsupported tour on 14 June.  We'll be carrying panniers and staying at B&Bs along the way.  We plan to take 3-4 weeks, allowing for time to sightsee along the way and a day off from time to time in interesting places (eg, Bath and Edinburgh) to see more.

Our route sticks to lightly trafficked minor roads where possible and takes cycleways & off road paths where available.  We developed our route taking into account the following LEJOG examples: the UK Cyclists' Touring Club B&B route (Greg has been a CTC member since 1991); the route in the Lonely Planet Cycling Guide to Britain; and the National Cycling Network routes developed by Sustrans, the UK's 'Sustainable Transport' charity.

In developing our route we also benefited from the End to End discussion list on the CTC site http://forum.ctc.org.uk/viewforum.php?f=22  as well as the information on this site: http://www.cycle-endtoend.org.uk/

After finishing the tour (we hope !) we'll return to London by train, perhaps stopping for a few nights here & there along the way to do some day rides or sightseeing.  We plan to spend at least another week in London before flying home on 23 July.

Information on our touring bikes, including photos, is provided below the route information.

We will update this blog from time to time during our trip.  You can choose to 'follow' the Blog, in which case you will receive an e-mail when we update it, otherwise you can check it from time to time. 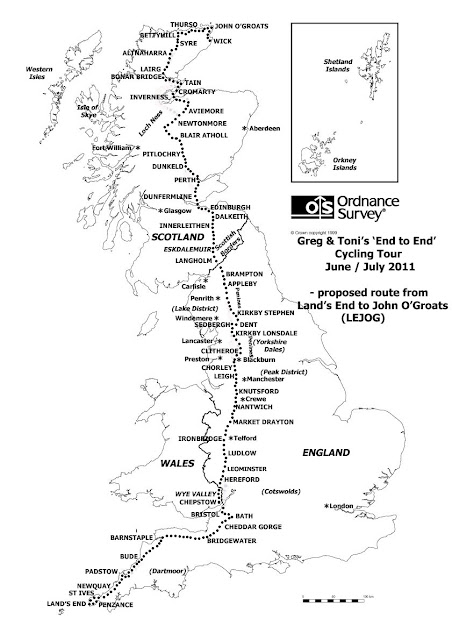 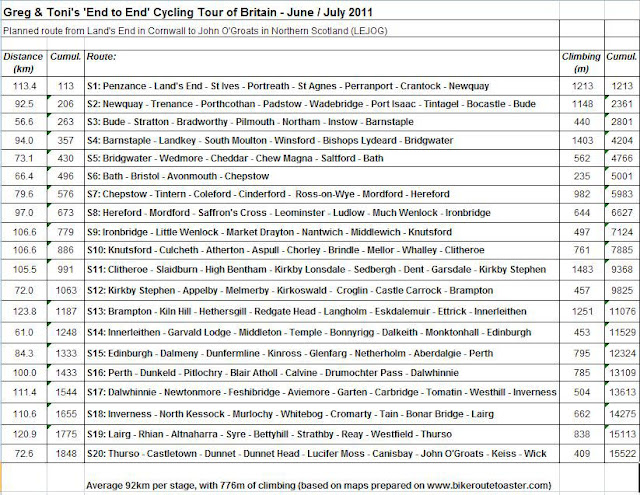 Below are photos of our new touring bikes built with CroMoly steel tubing.  The frame on Toni's bike is a Thorn 'Sherpa', from a small UK firm that specialises in touring bikes.  Greg's bike has a Surly 'Long Haul Trucker' frame, from a US firm that also builds traditional touring bikes.  We purchased the components individually and built up the bikes ourselves (with the exception of the wheels, which were laced by Canberra wheelbuilder Peter Taylor; and the headsets, fitted by Bike Culture).
And after the bikes there is a photo of us in action on the Audax Alpine Classic a few years ago. 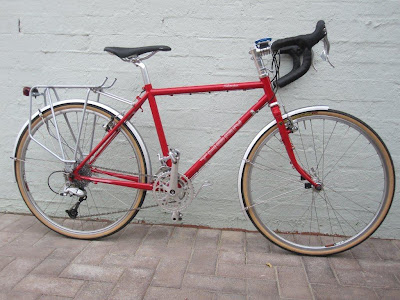 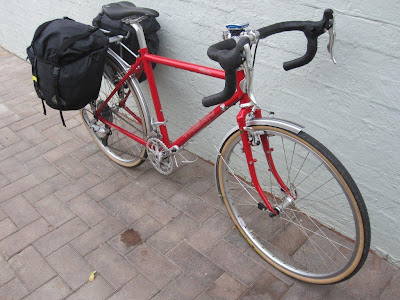 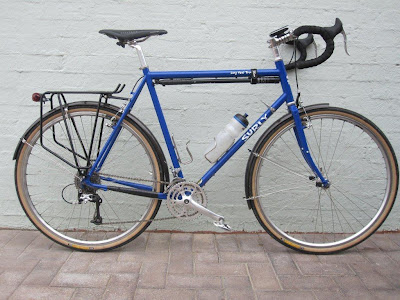 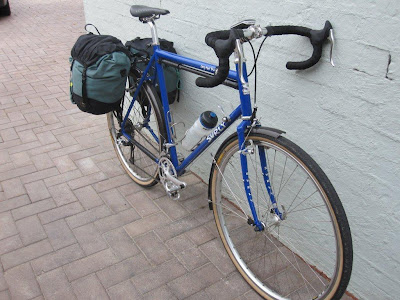 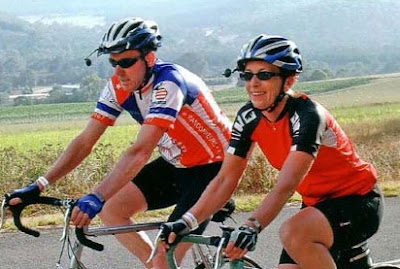